Here come another cottontail rabbit and this time its marsh rabbit. In the lingo of biology, it is called as “Sylvilagus palustris.” It is again a not-so-big-sized rabbit just like a brush rabbit and unlike a swamp rabbit. People having the curiosity of seeing this rabbit can found it in the marshes and swamps of the Eastern and Southern United States coastal regions.

We have been through the swamp rabbit article, and we know how good a swimmer it is; here comes its partner, another swimmer, Yeah! Marsh rabbit is a great swimmer, and let me tell you swimming is not common in rabbits and the rabbits which come up with this personality by God, are just amazing! So being a swimmer, it’s obvious for this rabbit to live near watery areas.

When it comes to its physical appearance, it does not have much big difference from the eastern cottontail, its cousin. However, in all seriousness, this rabbit is distinguished from other cottontails by its short tail and legs and ears too. And like eastern cottontails, these rabbits’ tail is not all-round white but has a brownish-gray display. Marsh rabbits are sometimes confused with swamp rabbits, which should not be, as there are many dissimilarities between them. Accordingly, the mitochondrial 12S ribosomal RNA gene’s sequence has confirmed that these two rabbits under their subgenus are sister taxa.

Under the genus Sylvilagus palustric, three main subspecies have been identified based on its habitat, range, and region. Let’s discover them!

The dorsal surface refers to the back of the rabbit, and this rabbit dorsal surface has a mix of black and brown furs. Its belly is not white but dull-white in mainland rabbits, and in other subspecies, it is brownish gray. The top corner areas of the ears are covered with black tufts with ochre on the inner ears.

Dorsal furs change its colors with seasons; during spring and summer, they pop-ups as dull grayish buff, followed by dark black in winter. Rabbits of Florida regions have a dorsal display of dark and reddish colors with cinnamon-rufous legs and feet. These rabbits’ babies display even darker colors than their parents.

As I told you, its size is not-so-big and is smaller than eastern cottontail. Rabbits of the Florida region weight 2.2-2.6 pounds, which in kg is 1 to 1.18. Rabbits from this region have a length of no more than 17 inches, i.e., 43 cm. Now, rabbits from the mainland region, these subspecies have weight nor more than 3.5 pounds and a length of 17.5 inches. Its hind feet of 3.6 inches is larger than Florida’s subspecies with 3.5 inches hind feet length.

Mainland marsh rabbits from Dismal swamp lives within the regions along the eastern coast to Florida’s northern areas and meandering through the Gulf Coast into Mobile Bay, Alabama. It lives within the range of 40 miles of coast and very rarely goes outside of this range. The peninsular region of Florida, from South of Florida to the upper Keys, is occupied by Florida marsh rabbit. However, Lower Keys, the most endangered subspecies of this rabbit, is only found in the southern Florida keys.

They adore living near the freshwater marshes and estuarine areas. They live on land and swims too, which means they are semi-aquatic thus live in the vegetative land near to water.

Like most of the rabbits, these rabbits also feed on leaves, plants, and marsh plants’ bulbs, thus including brushes, grasses, and cattails. Other aquatic plants such as marsh pennywort, water hyacinth, wild potato are also part of its diet.

Remember about the brush rabbit? Yes! We have been through these. We discovered that they eat their own feces, and just like them, these rabbits also drop hard and soft dropping and thus induces performing practice of coprophagy. And why do they eat their own feces? It might be because they don’t get to eat the food they need from nature because of human-induced activities, thus maintaining its diet by eating its own droppings.

It breeds throughout the year, but in December until June, it is at its peak. The gestation period lasts 30 to 37 days. An average of six to seven litters are born per litter, and 15 to 20 young are born per year, which means they are again ready to breed after giving birth. Young rabbits at the age of four weeks can walk and move on behalf of their own. However, its mother feeds it.

Why are Marsh rabbits endangered? 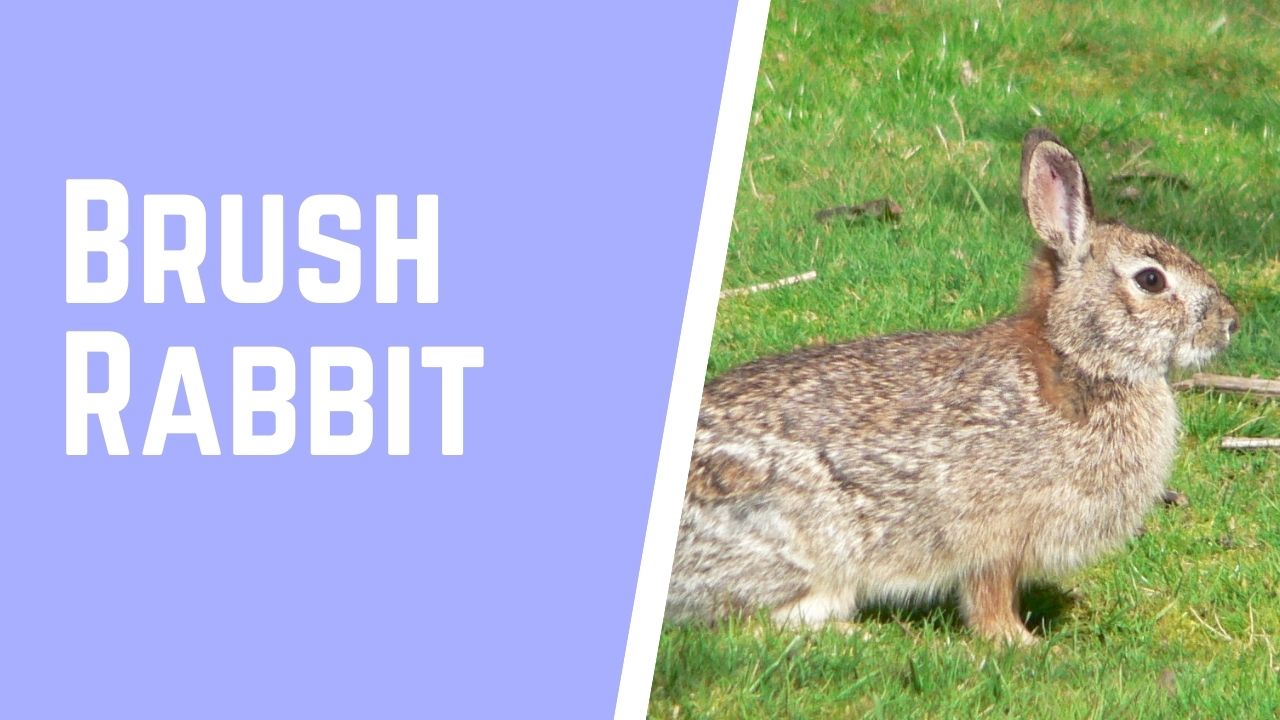