How Fast Can A Horse Run?

Horse racing is an equestrian sport. It is one of the most ancient of all sports. For centuries we’ve used horses for different purposes like Transportation, Entertainment, Security purposes etc. But the most refreshing and revitalizing purpose of them is Horse racing because it strengthens the basic human values like hard work, persistence and patience.

The two beat gait which follows the pattern of left, right hind legs and left, right front legs. While walking, a horse has a speed of about 4.3 mph.

The two beat gait which is faster than walking. A very slow trot is called as jog. In this gait, the horse moves its legs in diagonal pairs. While trotting, a horse has a speed of about 8.1 to 12 mph.

It is a three beat gait that is bit faster than trot but slower than gallop. In canter, one of the horse’s rear legs contributes in moving the horse forward. While cantering, a horse has a speed of about 12 to 17 mph.

The four beat gait which is very similar to canter but it is faster than a canter. A full gallop is where the horse moves the fastest when it comes to speed. While galloping, a horse has a speed of about 25 to 30 mph.

Factors Affecting the Speed Of Horse:

There are many factors that affect the speed of horse. These include,

Veterinarians should check the horses before any competition. The health of the horse is the major factor. So, it’s important for the horse to eat healthy. Proper nutrition and water is necessary so that the horse can be prevented from becoming dehydrated. If the health conditions are not considered then it will cause life threatening problems.

It is important to note that age plays a key role in horse racing. Older horses are more likely to have diseases such as arthritis as compared to younger ones. Moreover as the age increases, muscle stiffening, stress on joints, ligaments and tendons also increases.

The fastest horse breeds are,

A quarter horse has a speed of about 50 mph in a short race but doesn’t have the ability to run at this speed for longer distances.

A thoroughbred can maintain high speed for longer distances because they have greater endurance.

Two fastest horses recorded are two racehorses in the United States. These two are,

Secretariat holds an unbreakable speed record, won the Kentucky Derby at an average speed of 38 mph in 1973.

A horse holding the world record for the fastest speed ever, won the racetrack at an average speed of 43.97 mph in 2008.

The horses that are subjected to athletic conditioning are called as endurance or competitive horses. Followed by proper training, endurance horses can travel longer distances with greater speed.

Running with or without a rider:

When the racehorses carry rider on them then they may slow down. Professionals should consider tha amount of weight a horse can carry before race.

How Fast Can A Horse Run With A Rider:

The important factor that determines the speed of horse is the presence or absence of rider. The speed changes with the rider. Different horses have different capabilities of carrying different amounts of weight. The factors that determine this ability are fitness of horse, age, breed and training. When the horse lacks proper nutrition, it is more likely to have health risks. The horses with health risks may develop some serious life threatening ailments.

So, it’s necessary to provide them proper diet and water because lack of water can cause dehydration. The loss of electrolytes would upset the acid base balance of their body leading to different diseases. The age is another important factor. As the age increases, the muscles of the horses starts to stiffen, the joints, ligaments and tendons of the legs of horses are more likely to experience extreme stress leading to diseases like arthritis.

We can make our racehorses trained for greater speeds. When the horses undergo some athletic exercises and proper training then they can become endurance horses that can cover longer distances with greater speed. After considering all of the factors, we can say that 55 mph is an average speed. However, the horses that are especially trained  for race may reach 100 miles in 12 hours.

How Fast Can A Horse Run Mph?

On an average, a horse can run 30 to 35 mph. This is only possible if the horse is physically fit and properly bred for the competition. Physical fitness is mandatory. The horses that are unable to perform in competition even if they are trained and properly bred may have health issues.

So, it is necessary for veterinarians to check the horses for any health risk before going for race. To avoid any kinda disease, they must be provided with proper diet and water. If your horse is suffering from certain cardiovascular problems, it may be because of the upset of acid base balance of their body. In order to prevent this, keep them hydrated because lack of water can cause major lose of salts and electrolytes which in turn cause dehydration.

How Fast Can A Horse Run In Miles Per Hour?

How Fast Can A Horse Run In Km?

On an average a horse can run 160 km a day. The speed of horse in km can be determined by the type of ride. There are two types of rides,

The limited distance rides are those rides in which the horses are of a specific breed. These horses can travel shorter distances and may or may not have the speed qualities. Shorter rides are mainly for new riders who are not trained. They have the speed of about 48 to 60 km.

How Fast Can A Horse Run Km/H?

On an average a horse can run 48 to 50 km/h. The world record for a horse running over a short, sprint distance is 88 km/h. These are called as Quarter horses that have the quality to cover shorter distances with greater speed. There are four moving gaits or patterns of horses.

In addition to these four gaits, some horses can also move by using two beat pace which is different from trot. There are also some gaits (four beat) called as ambling gaits that are very comfortable to ride. Moreover  the gaited horses are those horses which possess some genetic traits like ambling gaits.

How Fast Can A Horse Run On Average?

When we talk about the speed of horse, certain factors play a major role which include breed type, training, horse’s age and many more. On an average, a horse can run  25 to 35 miles per hour or 48 to 60 kilometers per hour. Some breed types like Quarter horses and Thoroughbreds are mainly used for race purposes.

How Fast Can A Horse Run With A Carriage?

A horse with a carriage can go 3 to 5 miles per hour. Carriage horses are generally trotting. The path they take may affect the speed. The terrain having steep hills causes the horse to move up and down continuously which causes serious cardiovascular problems.

The terrain having tons of rocks on it can exert excess stress on the joints, ligaments and tendons of the legs of horses. So, it is necessary to select an even and plain ground. Further, Horses with carriage is not suitable for travelling to longer distances. If the horse is running without any additional load, the horse can go 15 miles per hour. Horses also need rest.

They can only cover greater distances if they take continuous breaks. Most trained horses can go up to 40 miles a day and if you wish to travel more then you need to make sure that your horse will take rest for several days.

How Fast Can A Horse Run A Quarter Mile?

The fastest speed recorded is by an American Quarter horse i.e: 55 mph or 88 kph. Their name is derived from their ability to win as compared to other horse breeds in races.  It’s well known as a race horse. Quarter horses have also been used  in dressage and show jumping. They are also used for trail riding and in mounted police units.

Quarter horses are typically docile and trainable. Their calm nature usually makes them a great choice for beginner riders and their versatile nature makes them suitable for the riders of any discipline.

How Fast Can A Horse Run Long Distance?

Thoroughbreds are hot blooded that are well known for their speed, agility and spirit. Thoroughbreds are usually for racing but can also be used for show jumping, combined training and dressage.

How Fast Can A Horse Run At Full Speed?

However, the maximum speed at which the world’s fastest sprinter, the Quarter horse, has been awarded is 55 miles per hour or 88 kilometers per hour. The fastest recorded speed for a thoroughbred is 44 miles per hour. The Quarter horses have the speed qualities for shorter distances. Thoroughbreds have the speed qualities for longer distances.

Some horses move with a two beat pace which is faster than the trot. Some have a four beat ambling gait that is faster than a walk but slower than a canter. Further, when it comes to the speed of horse factors like age, breed type, fitness and training play an important role. Horse should be provided with proper nutrition and water to avoid any health risk.

Younger horses are more suitable for race purposes because they are less likely to develop any disease. Trained horses are more likely to go for competition because of the athletic conditioning they have undergone to make them the endurance and competitive horses.

How Fast Can A Horse Run And For How Long?

A horse can run for 55 miles per hour or 88 kilometers per hour. This is the record made by Quarter horse. Quarter horses are best for the horse racing. They are also best to travel short distances with greater speed.

How Fast Can A Horse Run A Furlong?

A furlong is a unit of measurement used in horse racing. It’s an eighth of a mile or 220 yards. Horse racing is measured in furlong because of tradition. A horse going one mile (8 furlongs) in 2 minutes i.e: 15 seconds per furlong. The fastest speed at which a horse exercises is approximately 12 seconds per furlong. The world record for the fastest speed in one furlong is made by the Quarter horse.

The thoroughbreds are an exception. Their speed is not measured by furlong instead their travelling time is measured.  The time taken by a thoroughbred to travel one furlong is 12 to 15 seconds.

Horse racing is the most entertaining as well as meaningful sport. While racing, you would come to know that horses never look at each other instead focus on their own race. This gives us the lesson to focus on our own life instead of others in order to succeed.

They also teach us that if life is giving us pains, then it is an indicator by our Almighty to win the race of life just like the horse perceives the beats and pains given by his rider as an indication to win the race. So get up and never miss a chance to participate in this mind refreshing exercise. 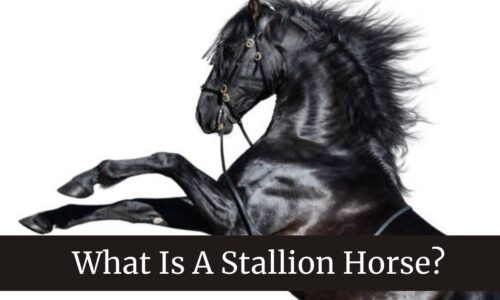 What Is A Stallion Horse? Updated 2021 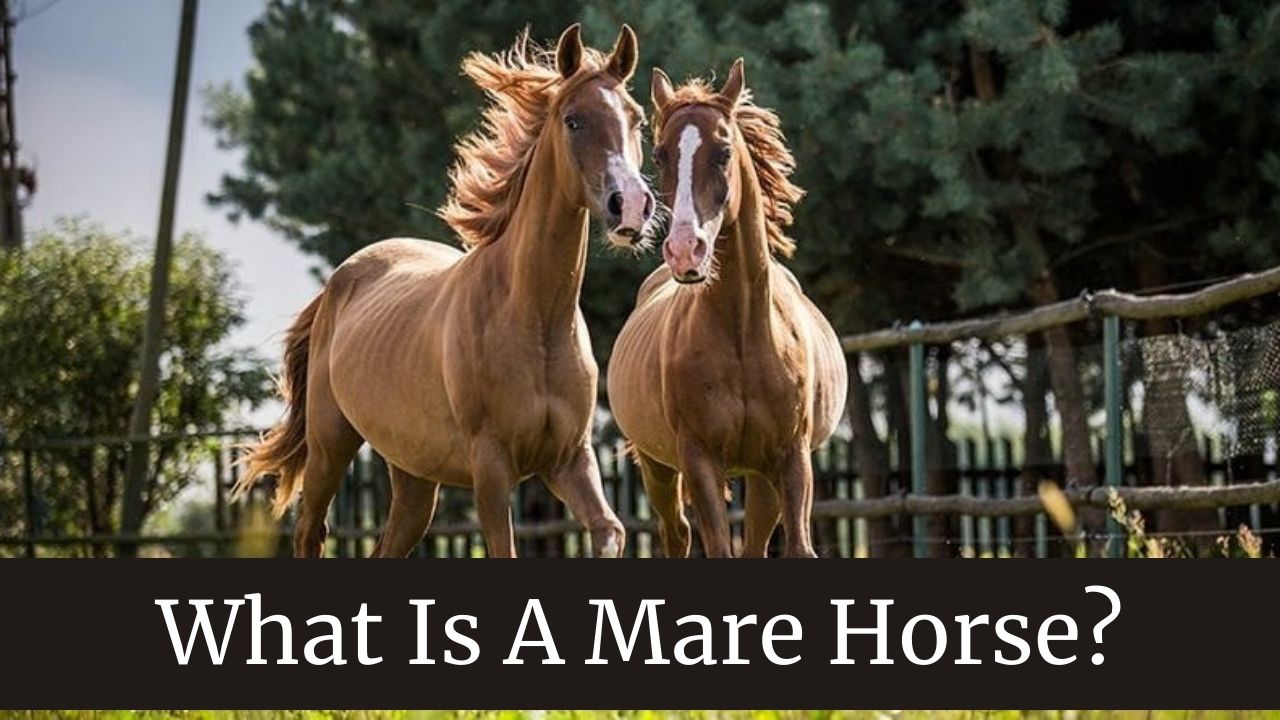 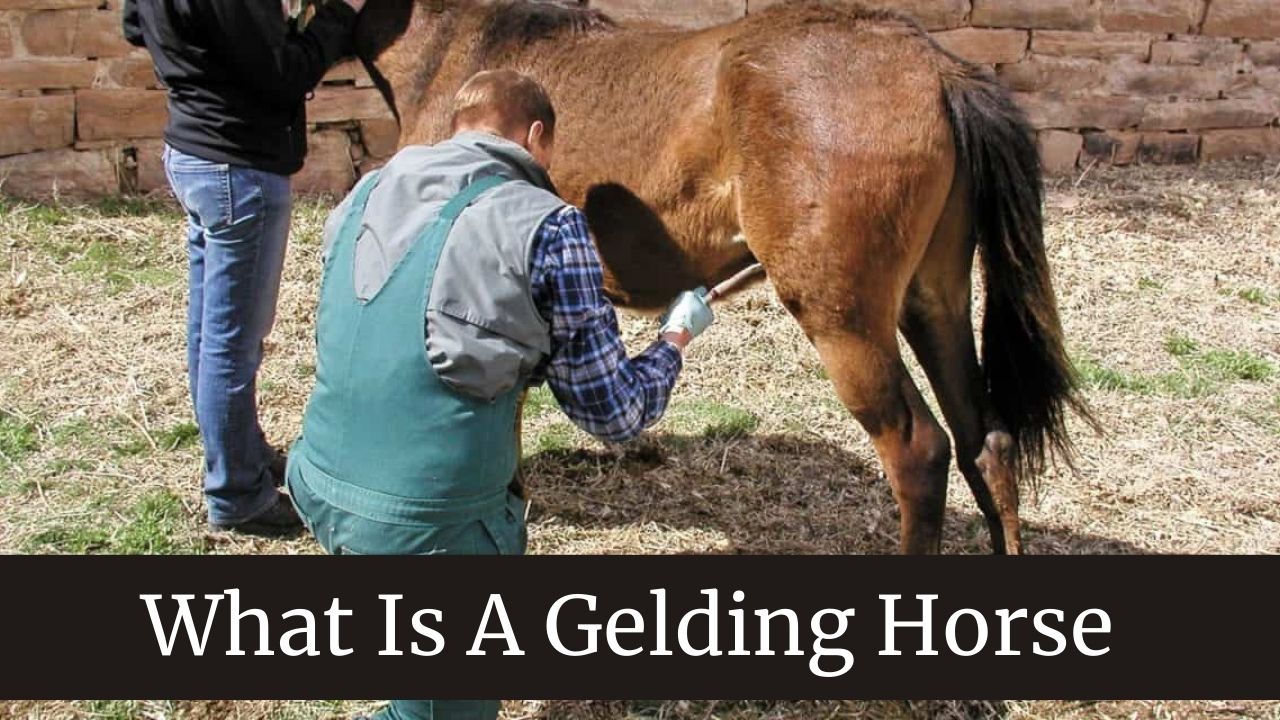 What Is A Gelding Horse? Updated 2021 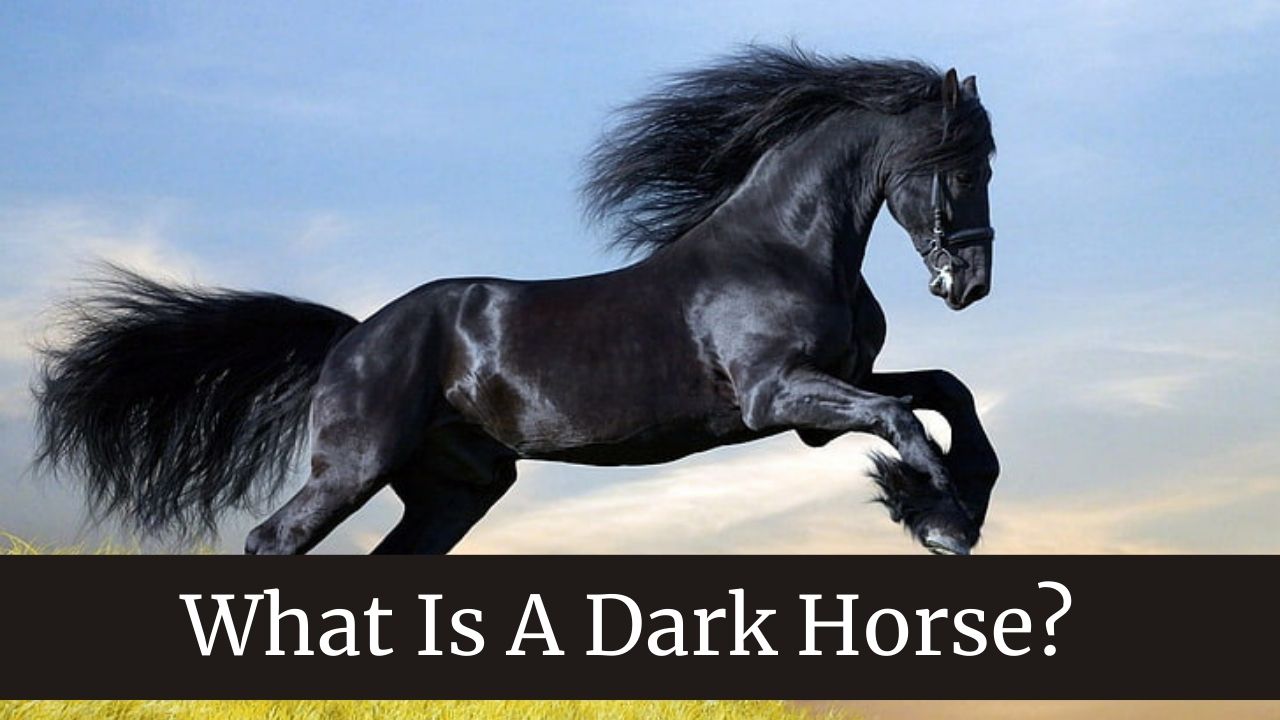