Lovebirds are probably the cutest parrots which we see, they are small, intact, and colorful. As they are not high maintenance and can be used as pets, people love to bring lovebirds home as pets. They don’t require much food, thereby people also utilize them for breeding and hence they do business via lovebirds.

In the wild, the natural color of peach faced lovebirds is normally green. On the other hand the blue color acts as the “Base color.” Now you can use several types of techniques and can do several color mutations depending upon the color of the lovebird, either green or blue.

Understanding mutations is not difficult. Consider it as a family tree, suppose you have blue and green lovebirds for breeding, now you can expect multiple outcomes. You can get:

Remember, the base colour of any breed has a significant effect regarding mutations.

There is also an important thing involved in the mutations called “Factors.” There are two types of factors called the “Dark factor”, and the “Light factor”. The dark factor is responsible for darkening the color. So now if a blue lovebird has one dark factor then the resulting  color will be medium blue, or if it will have two dark factors, then the end product will be “slate color”. It is also known as “Mauve color.”

Green-violet lovebirds are found normally worldwide. They are green with peach heads. They have a dark factor and that is why they have a violet color on their rump. Their babies take some time to develop their peach heads.

Pied Cinnamon has green head and green colored feathers, and there are three types of mutation in American Cinnamon:

Among violets, there are multiple types of variations. The rumps show if the bird is carrying a violet factor or not. Whiteheads are very precious and they can have two types of bands; a dark apricot color present on the forehead, and they can also have a pure white mask on their face.

Hello everyone, welcome to the Zoological world, and you are here to know about lovebirds mutations. Therefore, we have made up a lovebirds mutation guide so that it is easy to explore and understand the concept.

The word mutation is also known as “spangle.” The word Blue edge is entirely new, and before that, blue love birds were known as “Silver love birds,” and the green love birds had the name ” Golden cherry lovebirds.”

The theory of Dominant edge mutation states that it results in diminished production of melanin pigment. As a result, the colours of the feathers become subtle instead of bright colours. This mutation also produces curved patterns on the feathers which are present on the back and front wings. Why is it called the dominant edge? Because this mutation produces indent patterns on both sides of the shoulders. For the blue lovebirds, this mutation produces silver/white splashes, and for the green love birds, it causes yellow colour patterns.

The change in colour can also determine it on the chest. In the single factor mutation, the birds will still display the original colour. For example, there will be a green colour present in the chest area in the green-bird species, whereas the blue tint can be seen in the blue love birds.

But, in the double-factor mutation, the bird will lose the original colour, or it will fade away due to decreased melanin production, and the dominant mutant colour will appear. For example, the yellow colour will look in the green love birds, whereas white or grey and silver for the blue love birds.

Sometimes the love birds mutation is related to the Sex link theory mainly opaline. But there are no substantial grounds to prove it. Some people also believe that dominant edge mutation is the same as that of Greywing variation, but that occurs in different birds, and the display of colours is also different.

In the Dominant edge mutation, the lovebird’s actual colour can always be seen on the tail. On the other hand, the Greywing variation leaves a clear yellow part on the rear. Also, the primary colour of the Greywing is quite neat and is usually often white.

It is a complicated mutation type to talk about, but it is obvious that turquoise is a part of the par blue and is the mutation of parblue. It is mainly the mutation of blue series love birds because it does not occur in the green series, and even in the par blue, there are still some splashes of yellow on the feathers. So it is evident that turquoise /par blue is a part of the blue and is the blue’s mutation. There are three things we want to cover, and they are:

We compile these in the love birds mutation guide because many people confuse them and do not know the differences.

In the above section, we have told you that turquoise is a part of the blue, so we cannot say that they are different because they are still on a similar allele. The split par blue patterns occur when we breed a turquoise love bird with a standard green lovebird. When produced with a green lovebird, the green lovebird contains the expressive/dominant gene, so logically the offspring should be a green love bird. But it also consists of the copy of an allele from turquoise love birds, which forms the split Parblue /turquoise pattern. If we breed a blue lovebird with a Par blue lovebird, the turquoise colour will fade away.

Why is it called a possible split? Because we are not sure, the offspring will be Par blue or blue. It is obtained by breeding two Parblues. I know the expected family is Par blue, but they are not. Because we know from the cross pairings, the results can be in the form of blue lovebirds. The resulting parrot can carry the turquoise gene, or it will be blue; it depends on the crossing.

It is a term used for those turquoise birds that cannot produce the Yellow fur on their feathers. So visually, they will look like love birds from the blue series.

A love bird with visuals of red in its feathers or a glitch of red is called a lovebird with Red Fischer factor mutation. It is generally combined with a new variation known as Opaline mutation. So the resulting chick is called Opaline lovebird red factor Fischer. This red factor mutation can only occur in the green series of lovebirds.

In the greens series of lovebirds, the red factor Fischer can be further bred with pale fallow or dun fallow, which are also the members of green series lovebirds.

However, you can’t cross a red factor fisher with a blue series of lovebirds. Why? Because they do not have any allele for red mutation, and Fischer mutation occurs in the form of red tinge.

Some people also have confusion between RF( Red factor) and the RS (Red suffusion). In actuality, both birds look alike, but they are two different groups of birds.

The bird with RS( a red suffusion abnormality) is a bird that does not have the correct functioning liver. That is why they cannot produce sufficient red pigment in their bodies or feathers. Let’s discuss in detail the differences and causes of RF and RS.

Lovebirds are getting popular across the globe because of the wide variety of colors and mutations which generate new species.

Mutations are the word which is derived from ” mutations,” which means “change.” Variations are present in the genetic makeup of any organism and transferred from one generation to the other.

The process of mutation is done to produce those varieties of lovebirds rare and superior to the other love birds. In this way, many people can have their desired lovebird species. Below are some examples of African love birds mutations:

What is Opaline lovebird?

Opaline is a kind of mutation which occurs in peach faced lovebirds. That’s why we compiled it too in the lovebird mutation guide. It’s a pure patterned mutation. It changes the colour of the places which are predictable and creates intricate new patterns.

In regular peach faced lovebirds, the peachy orange colour is present only on their head and not on the rest of the body. The part of the body little above from the tail (rump) is blue, and they also have a little splash of red on their tail.

On the other hand, opaline lovebirds will have peach colour but in the format of patterns creating subtle and darker peach shades. Their rump is not blue, but it has the same base colour (green for green series and blue for the blue set). The feathers present on either shoulder are also of lighter shades as compared to a healthy lovebird. This mutation creates an ombre effect playing with dark and light shades of the same colour.

The opaline mutation is not only limited to birds but is also observed in hens. It is also gene linked and is an inherited trait.

How do you pair lovebirds?

Humans usually link the word “romance and staying together” only to themselves. However, birds prefer to stay with a single mate for their entire lives. Love Birds in the wild live in flocks and pairs. So if they love creatures, what the best method to pair lovebirds is?

As they are animals, so the best pairing is the one which is done on a random basis. As soon as they reach the age of 6 days, love birds, they start to find their mate. It is hard to believe, but they quickly find their mate, and then develop a bond with them. In this process, they discard their parents and siblings and live with their mates.

On the other hand, breeders may not respect their choices and pair the birds the way they like. If a lovebird chooses its mate on its own, they create a longer, consistent bond. However, breeders usually want to play and create new breeds; therefore, they have to breed one kind of mutant male with another mutant female. For this purpose, you have to put them in a cage for the development of the bond. For how long we have to keep them in the cage? It depends on the age of both birds. Young birds quickly develop a connection; however, male adults are stubborn and territorial. Therefore they may take some time.

For breeding purposes, it is best to choose a breeding cage. A breeding cage is divided into two parts. You have to place the male on one side and female on the other and then wait patiently. You have to give them some time to interact, particularly females. Females are usually more potentially harmful to the males in breeding situations, so therefore never place them together in the same cage in a rush.

Some people use aviary for breeding too. But in the aviary, the birds may not develop the bond, but that is not common. However, in the cage, they are going to interact if not now, then later. Therefore the cage is the best option to pair and breed lovebirds.

Euwing is a mutation that occurs in lovebirds. Due to this mutation, the birds get an adorable gradient pattern on their feathers.

Euwing mutation on the back feather:

The gradient of colors:

Colour gradients are the most common indicators for a Euwing lovebird. For the green love bird series, they have yellow color gradients. For the blue set, the color gradient is gray. The gradient will look wide in double factor Euwing and will be minimized in Single-factor Euwing. When the wings of the Euwing lovebird are in a tense position, the feather’s patterns will look like butterflies or motifs. 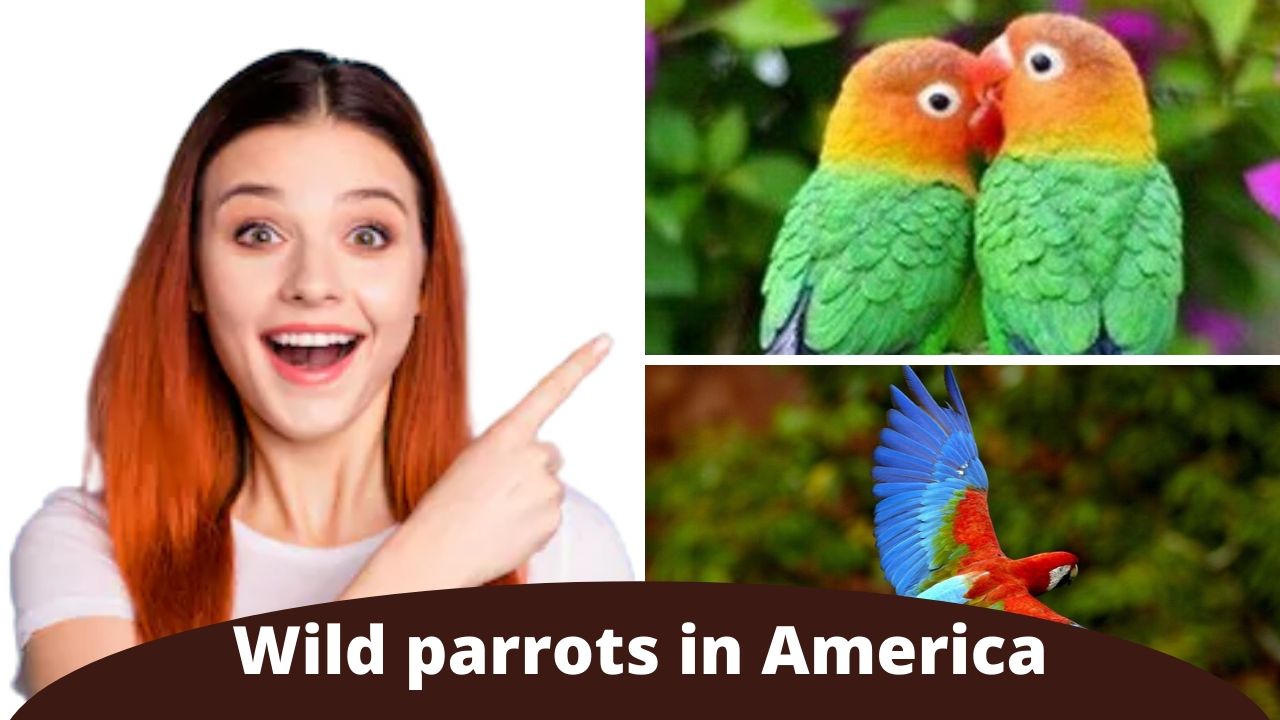 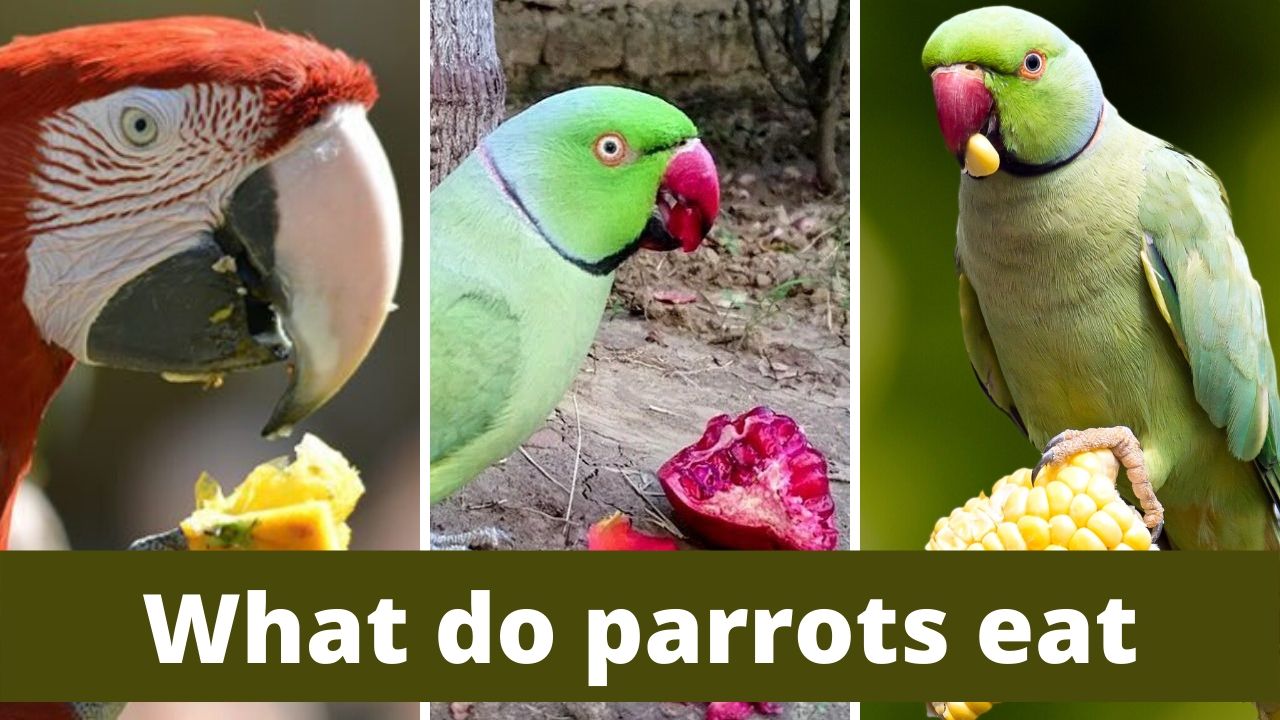 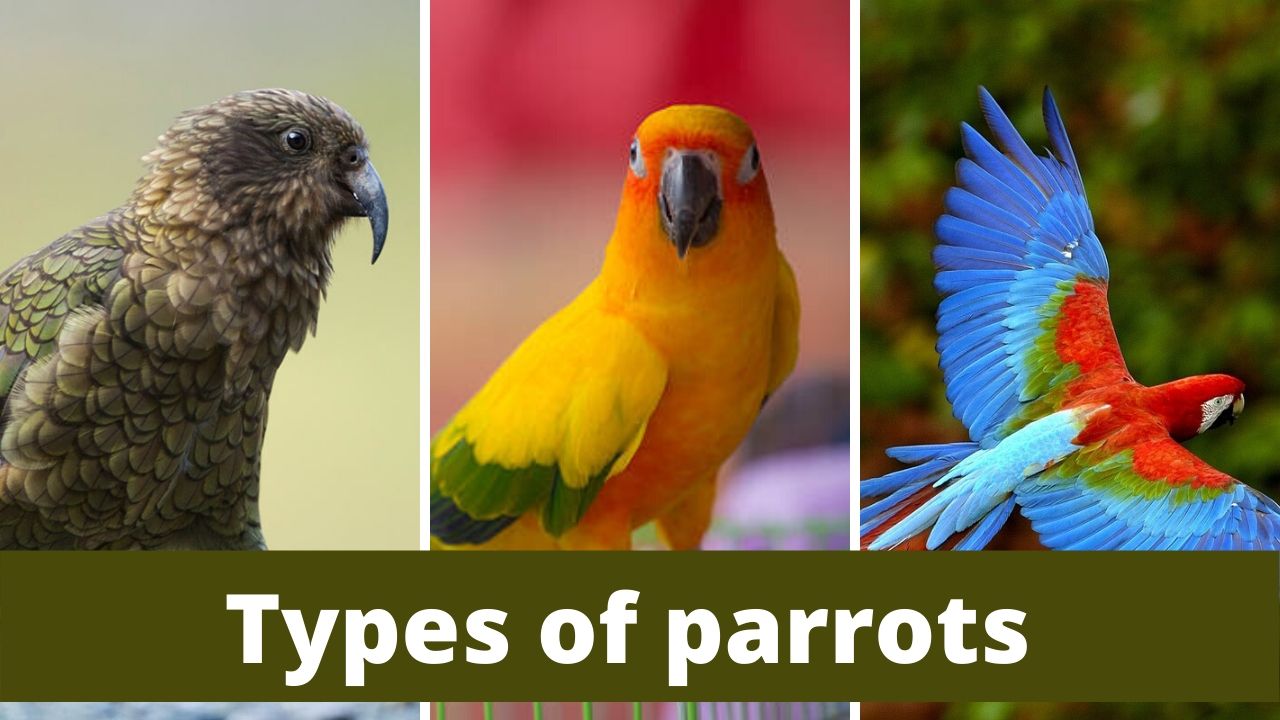 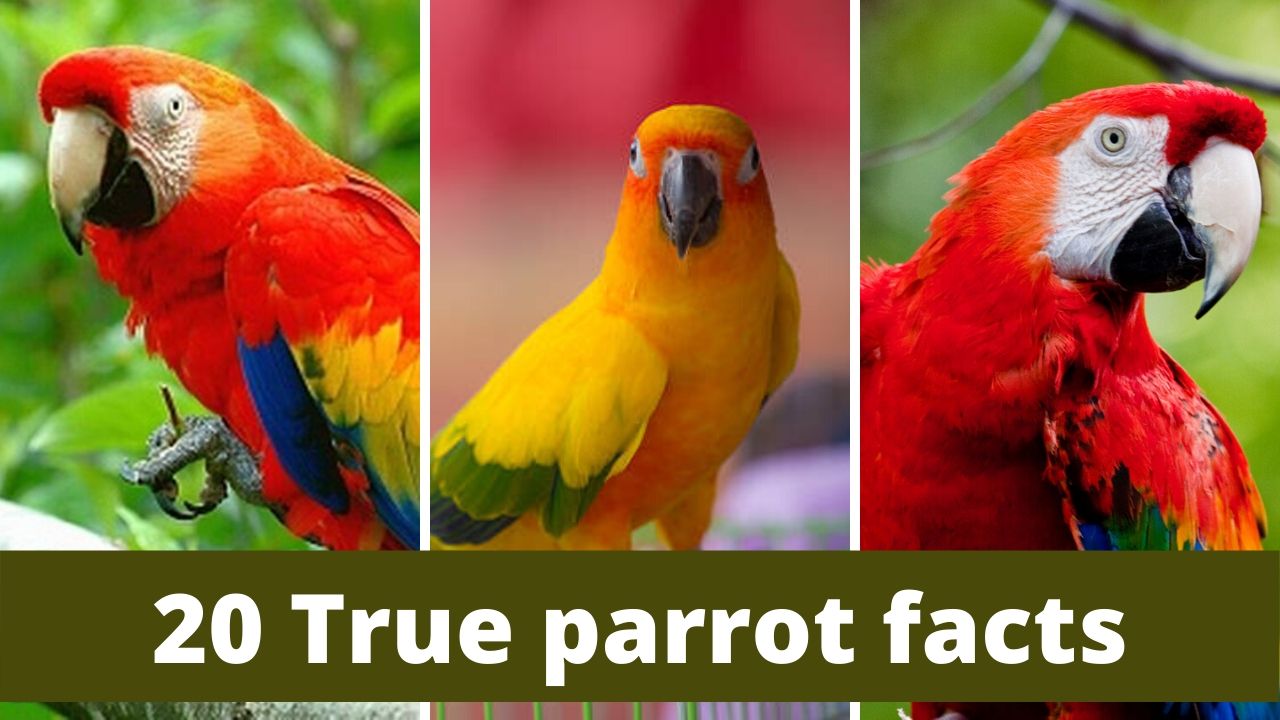