The Poecilotheria metallicas with the common names of Gooty sapphire ornamental tree spiders, Sapphire blue ornamental, and Peacock parachute spiders are native to Central southern India and Andhra Pradesh deciduous forests. They appear to have blue-colored slender bodies and yellow-colored hints on their long legs. The young ones are less chromatic, and their hair colors become blue on reaching the maturity level. Besides this, the Poecilotheria metallica spiders are considered the Old World species of tarantulas. Females have a lifespan of about 12 to 15 years, while males live a shorter life of up to four years. Here, we are going to discuss some exciting facts about these animal species.

These animal species are seen in the small areas of up to one hundred square kilometers. They have blue-colored hair and are the only species of Poecilotheria genus. Their bodies have an intricate fractal-like patterns on them. If we talk about the size of Poecilotheria metallica, they acquire a legspan of about six to eight inches on becoming fully-grown.

There are present many fascinating facts about these animal species, some of which are as described below:

Like all other animal species, the Poecilotheria metallica tarantulas also require a proper diet to survive. For example, they like to eat crickets, moths, rodents, grasshoppers, small dead mice, and other small insects. After injecting venom into their prey, these spiders make a web mate around them for easy consumption. The spiderlings can eat two crickets per week while the young or mature ones feed on one cricket per week.

As these are arboreal spiders, they make asymmetric funnel webs in the wild where they like to live. These animal species appear to live in the community during the extreme territory conditions. Furthermore, these skittish spiders with extensive blue coloration start biting, showing their aggressive behavior.

The animals that eat these spiders and other animal species are known as predators. So, the Gooty sapphire ornamental tree spiders’ predators includes large mammals, hunting wasps and reptiles. The males have a much shorter lifespan than females. These spiders’ population is also declining because of these threats.

These animal species also live for a specific period like other animals do. In addition to this, the females live a much longer lifespan of up to eleven to twelve years or almost fifteen years in rare cases. If we talk about males, they have a shorter lifespan of up to three to four years, like other tarantula males. This lifespan can be increased by providing these spiders with a proper diet and care.

Their breeding starts once these Poecilotheria metallica spiders become sexually mature. After the fertilization of females’ eggs, the males leave out their sights. It is because of the reason that the female ones will eat them after mating. They will either kill these males or start eating them. The eggs will hatch after a specific incubation period, spiderlings will start molting process to grow their body parts.

Although these animal species have an attractive coloration feature, they are also very aggressive. These spiders start biting if provoked. They are considered one of the most poisonous spiders globally, but the Poecilotheria metallica bite is not so dangerous to humans. This bite will damage their prey, leading to their deaths, thus leaving only an intense pain to humans, which will last for one week.

These spiders are very famous for pets because of their distinctive blue coloration. Their deep blue color attracts people a lot, and they buy them for keeping as pets. Besides this, the Poecilotheria metallica cost is more than five hundred dollars in the US while the spiderlings come in the price range of about one-hundred to two-hundred dollars. People buy these spiders and take good care of them.

There is a requirement of proper care for keeping these spiders as pets. For example, you must keep them at those places where the temperature is between the ranges of 18 to 24 degrees Celsius, and the humidity level is up to 75 to 85 percent. A large tank with a vertical cork bark hide must be used where they can make tunnel web quickly. It would help if you also feed Poecilotheria metallicas with crickets once or twice a week.

These animal species’ population is declining because of many reasons, including predators, habitat loss, etc. They are also being used as pets, which is also affecting their wild population. Due to these facts, they have been listed as the critically endangered species.

Sometimes, people get confused even after reading the exciting facts and information about these beautiful spiders; hence raise some questions to make their minds clear. So, following are given the answers to some of those raised questions:

Where are the Poecilotheria metallica found?

These are the only blue species of genus Poecilotheria that have intricate and beautiful fractal-like patterns on their abdomens. They are mostly present in the Central South India and Andhra Pradesh deciduous forests. These spiders also like to live in the burrows which they develop themselves.

Is the Poecilotheria metallica poisonous?

Although these are beautiful and skittish spiders, they are very aggressive and sometimes start biting on provoking. They do not cause much harm to humans but are very dangerous to prey and kill them. These animal species only cause intense pain to humans by biting them.

Poecilotheria metallicas being the critically endangered species, are covered with an attractive blue pattern. If we talk about cobalt blue tarantula, they appear light blue-colored while the Singapore blue tarantulas have eight dark blue-colored legs.

What is the biggest spider in the world?

According to Guinness world records, the South American Goliath birdeaters are considered the world’s biggest spiders. These spiders’ legspan is about thirty centimeters, and they can reach up to the weight of almost 170 grams.

Can pet tarantulas kill you?

Although the tarantulas are quite aggressive, they are not harmful to humans. They will only bite in severe anger, which will not cause so much pain. So, they will not kill you but only bite you, if provoked.

Do pet tarantulas recognize their owners?

Researches have shown that the tarantulas have some unique behavior patterns, but they still cannot recognize their owners. Even they will not remember who is holding them in their hands.

As we have discussed many exciting facts and information about these animal species, there are also some threats. For example, their natural enemies who eat them include hunting wasps, reptiles, and large mammals. Although these are wonderful spiders with distinct blue patterns on their abdomen and delicate blue-colored hairs, their population is rapidly decreasing due to habitat loss and many other reasons. That’s why they are considered the critically endangered species. In addition to this, the Poecilotheria metallica spiders are kept as pets at home. People buy them at different price ranges and take good care of them. But the only things to remember include that you must keep them in the places with humidity level up to 75 to 85 percent and where there is not an excessive amount of light. 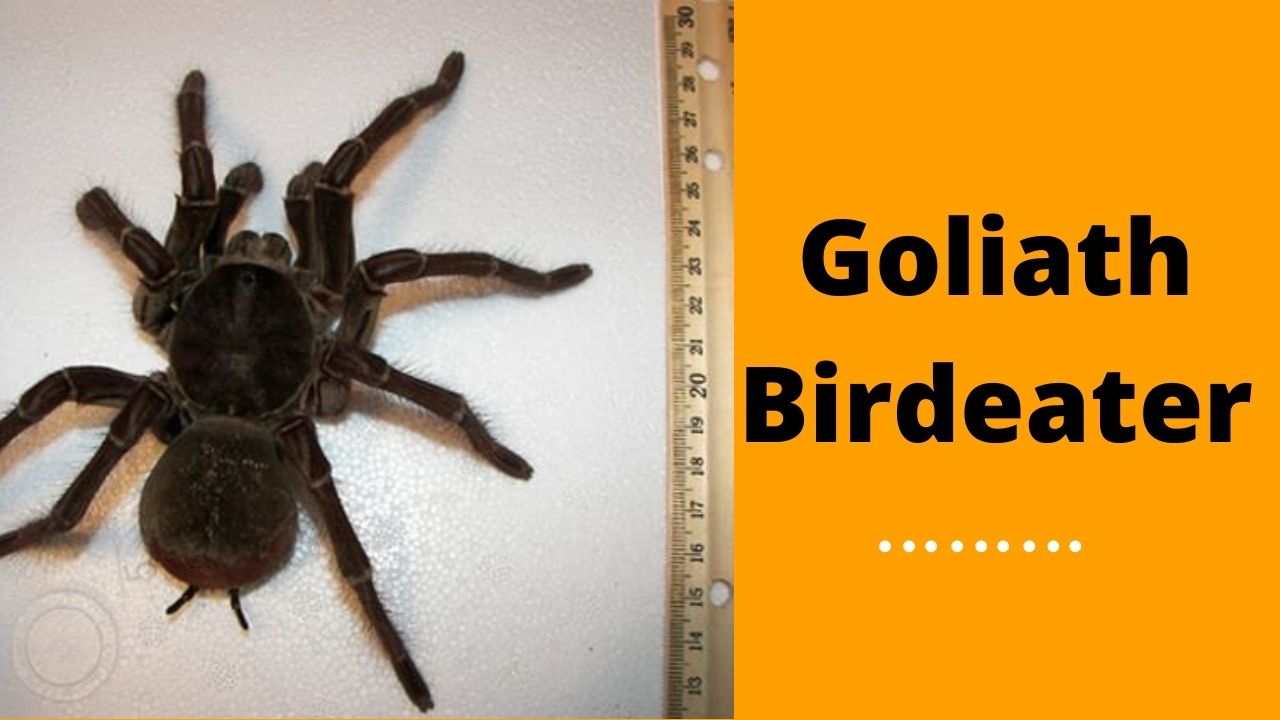