If there’s one thing frogs are good at, it’s jumping. And if there’s one frog that knows how to jump, it’s the green tree frog. This little amphibian is found all over North America and is well known for its impressive leaping ability. But aside from being able to jump high, what else do you know about these frogs? Keep reading to learn more!

The scientific name of this frog is Hyla cinerea. This amphibian is found in the southeastern United States, from Virginia to Florida and west to Texas. It is a brightly colored frog that can range in color from emerald green to lime green. They have large, round eyes and webbed toes that help them swim and climb. These frogs are nocturnal creatures that spend most of their time in trees, where they hunt for insects to eat. These frogs are not considered endangered, but they are protected in some states due to the decline in their population.

It is a small to medium-sized frog. It has a wide head, large eyes, and a rounded snout. The skin on its back is green and may have small brown spots. The skin on its belly is white or pale yellow. These Frogs have long legs and toes that are webbed at the tips. Males and females look alike. They can grow to be 2-5 inches long. These frogs are found in the southeastern United States. They live in trees near swamps, ponds, lakes, and other bodies of water. These Frogs eat insects, spiders, and other small animals.

These are species of tree frogs found all across the southeastern United States. They are typically found near bodies of water, such as ponds, lakes, and marshes. These Frogs are also known to live in trees, hence their name. They are climbers and have suction cups on their toes that help them stick to surfaces. They are mostly nocturnal, spending their days hiding in trees or other cool, moist places. At night they come out to hunt for insects. These Frogs are gentle creatures that make great pets. If you’re thinking about getting a frog as a pet, this Frog is a good choice!

These frogs are not picky eaters. Their diet includes pretty much anything they can fit in their mouths, including other frogs, spiders, insects, and small mammals. While they will eat just about anything, their favorite food is flying. They will often sit near a light at night and wait for the flies to come to them. When a fly gets close enough, the frog will lunge at it and snatch it out of the air. The frog will then swallow the fly whole. So, if you’re ever feeling hungry, just remember that there’s always this type of Tree Frog somewhere that would be happy to share its meal with you!

These frogs are nocturnal animals that are all around us. They are commonly found in the southeastern United States and their scientific name is Hyla cinerea. These amphibians are semi-aquatic, which means that they live in both water and on land. These Frogs have smooth skin that is olive green or lime green in color. The undersides of their bodies are white. They have large toe pads that help them to climb trees and other surfaces. They eat a variety of insects, including moths, beetles, and crickets. They are an important part of the ecosystem because they help to control the population of insects. These Frogs mate in the springtime. The female lays up to 500 eggs in a water body, such as a pond or puddle. The tadpoles hatch a few weeks later and spend several months developing into frogs. Once they reach adulthood, these frogs can live for up to 6 years in the wild.

These Tree Frogs are interesting creatures with a wide range of unique features.

So next time you see a Green Tree Frog, take a moment to appreciate all of its amazing features!

This Frog is a common sight in many backyard gardens. These small, green amphibians are relatively easy to care for and make interesting pets. However, before you decide to bring this Frog into your home, it’s important to understand their reproduction and life cycle. These Frogs reach sexual maturity at around 6 months of age. The breeding season usually takes place between late spring and early summer. During this time, the males will compete for the attention of the females by calling loudly and inflating their vocal sacs. Once a female has been chosen, the pair will mate and the female will lay a clutch of eggs. These eggs will hatch after around 10 days, and the tadpoles will begin their metamorphosis into frogs about 6 weeks later.

As adults, these species typically live for 3-5 years. They are mostly nocturnal creatures and spend their days hiding in trees or other shady areas. Their diet consists mainly of insects, but they will also eat smaller frogs and reptiles if given the opportunity. If you’re considering adding this type of Frog to your family, be prepared to provide them with a habitat that meets all of their needs. With proper care, these delightful creatures can bring years of enjoyment.

It is a small to medium-sized amphibian that is found all throughout the southeastern United States. It is most commonly lime green in color, but can also be yellowish, brown, or even pale pink. These frogs average about 2.5 inches in length and have webbing between all of their toes. It is nocturnal and can often be found near bodies of water such as ponds, lakes, or marshes. This Frog will eat just about any small insect or spider it can find. Unfortunately, these species have many predators such as snakes, lizards, birds, and even some mammals. The good news is that this Frog is not currently considered to be endangered or threatened. However, their populations are declining due in part to habitat loss and environmental pollution. 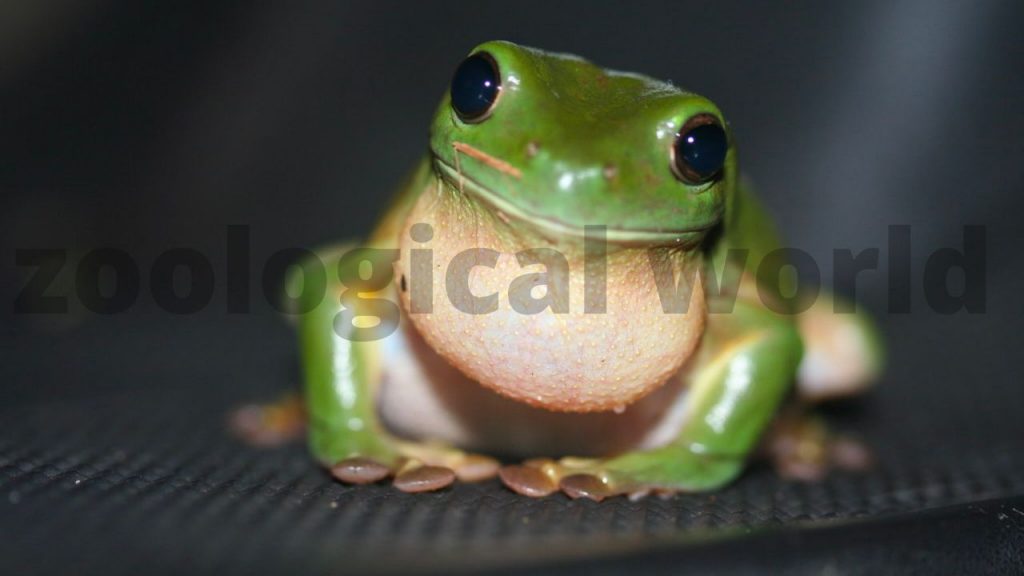 Research has shown that these frogs are not poisonous or venomous to humans despite their toxic secretions. Although they are harmless to humans, their toxins can affect other animal species, including pets.

If you’re looking for an interesting frog to learn about, the green tree frog is a great option. These frogs are native to Australia and can be found in many different habitats. They’re easy to care for and make great pets. These frogs are also known for their loud calls, which can be heard from quite a distance. If you’re interested in keeping this frog as a pet, be sure to do your research first.

What You Need to Know About Bird Nesting