If you’ve ever been in the woods and heard a strange screeching noise, there’s a good chance you heard the call of a fisher cat. Fisher cats are relatively common in New England, but many people don’t know much about them. This blog post will give you some information about fisher cats, from their appearance to their behavior. So if you’re ever wondering what that weird noise was, now you’ll know!

The all-powerful Fisher Cat is the stuff of legends, and its scientific name, Martes pennanti, only adds to its mystique. Though small in size, the fisher cat is a fierce hunter, preying on rabbits, squirrels, and even porcupines. It gets its name from its love of fish, which it will often cache (or hoards) for later. The fisher cat is a native of North America, and its habitats include forests, swamps, and mountainous regions. Though it was once hunted for its fur, the fisher cat is now a protected species in most states. So next time you hear a story about this mystical creature, you’ll know just what they’re talking about!

The fisher cat is a small mammal with an all-black coat. It has a long, slender body and a bushy tail that is often tipped with white. The fisher cat is found in forests throughout North America, where it preys on small animals such as rabbits and mice. Although it is named for its resemblance to a cat, the fisher cat is actually more closely related to weasels and ferrets. Fisher cats are shy and elusive creatures that are rarely seen by humans. However, their high-pitched screams can often be heard in the night, leading many people to believe that they are actually ghosts.

The fisher cat is a carnivorous mammal that is found all across North America. They are excellent tree climbers, and they are known for their fierce nature. Fisher cats typically live in forests, but they can also be found in urban areas. They generally prefer areas with dense vegetation, and they are often seen near streams or lakes. Fisher cats typically hunt alone, but they will sometimes work together in small groups to kill their prey. They primarily eat small mammals, but they will also eat birds, reptiles, and amphibians. In addition to being an important part of the food chain, fisher cats play an important role in controlling the population of other animals, such as rodents. As a result, they play an important role in maintaining the balance of nature.

The fisher cat is a voracious eater, and its diet includes just about anything it can get its paws on. Small mammals like rabbits and rodents are among the fisher cat’s favorite prey, but it will also happily feast on birds, reptiles, amphibians, fish, and even carrion. In fact, the fisher cat is one of the few animals that will actively seek out and eat porcupines. Given a chance, a fisher cat will also eat fruit and nuts, and it is not uncommon for them to raid beehives in search of honey. In short, the fisher cat is an opportunistic eater that will take advantage of whatever food is available.

Fisher Cats are known for their ferociousness and their ability to take down animals much larger than themselves. Even though they’re only about the size of a house cat, their powerful jaws and sharp claws make them fearsome predators. But what do we really know about these elusive creatures?

For starters, all members of the weasel family are considered carnivores, which means that they primarily eat meat. However, fisher cats will also consume fruits, vegetables, and even nuts if they’re available. In terms of hunting behavior, fisher cats are considered opportunistic predators, which means that they’ll take whatever prey is available to them. They’re also known to be nocturnal hunters, stalking their prey in the darkness.

Fisher cats are incredibly adaptable creatures, able to live in a variety of different habitats. In North America, they can be found in woodlands, wetlands, and even urban areas. And despite their name, fisher cats don’t actually hunt fish – they get their name from the fact that they resemble another member of the weasel family known as the European polecat or “fitch.”

These fascinating creatures are surely one of nature’s most interesting animals.

The fisher cat is a small carnivore related to the weasel and found in North America. They are prized by both trappers and fur hunters for their luxurious pelts. Although they are small animals, they are fierce predators with a reputation for preying on deer and even moose. Here we will take a closer look at the reproduction and life cycle of the fisher cat.

Fisher cats are polygynous, meaning that males will mate with multiple females. The mating season typically takes place in late winter, and after a gestation period of around 50 days, the female will give birth to a litter of 3-6 kittens. The kittens are born blind and deaf and completely reliant on their mother for food and warmth. They will begin to grow their teeth and open their eyes after around two weeks. At four weeks old, they will start to experiment with solid food but will continue to nurse until they are around six weeks old. After that, they will be fully independent and able to fend for themselves. Fisher cats typically live for around seven years in the wild, although some individuals have been known to reach up to ten years old. During their lifetime, they will produce an average of two litters.

All animals have predators, even the fiercest and most intimidating of creatures. The fisher cat is no exception. These small mammals have a wide variety of predators, including other animals, birds of prey, and even humans. While the exact number of predators varies by region, some of the most common include coyotes, bobcats, eagles, hawks, and owls. In addition to these natural predators, fisher cats are also often killed by humans who mistake them for other animals or who simply dislike their presence. As a result, all animal predators must be considered when attempting to protect these creatures.

How vicious is a fisher cat?

People think that the fisher cat is vicious, but it is not true. These cats are not vicious. Research has shown that these animal species will not attack you and your children while you are walking in the woods.

Fisher cats are one of the most interesting and least understood animals in North America. They have a long, rich history dating back to when they were first documented by European settlers. These fascinating creatures are often misunderstood and feared by people who don’t know much about them. Hopefully, this post has helped you learn more about fisher cats and their place in the world. Do you have any questions or comments about fisher cats? Let us know in the comments below! 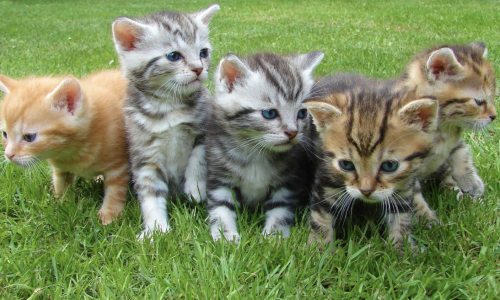