Hey, their guys hope you are all fine. Today we are going to discuss the most important thing Do ferrets smell? It is the central question people do ask because they want to have a ferret, but they are too scared because of their smell and stink.

Now there are two phenomenons’ smell’ and ‘stink’. The scent is one thing, and stinking is another one. In your opinion, which one is bad? The scent is just a natural process that occurs in our body; every living organism has a specific scent to themselves. Even every human being has a unique smell.

The word stink is a negative proverb. To stink means one has a powerful lousy odour. So, Do ferrets smell? Or do they stink? Yes, ferrets do have a smell, but they don’t stink. Like us and every other living creature out there, ferrets do have their unique scent.

So what are they like in your house or room? Do you have to go outside when they are in? No, not I have interviewed a ferret owner who said in the daytime she keeps them outside. In the night they are with her in her room, bed, blankets, etc. She said: “They do have a scent, but that is not unbearable or something like that which is too strong to handle.”

She also told us about her journey with her two ferrets. She said the first ferret she brought was 3 of three months and it smells like honey. When she told this to their family members, no one was willing to believe neither did i. So she also washed her with a shampoo with a honey scent and smelled like honey.

The next ferret which came into her house was also for three months, but it smelled like popcorn. Was I like you have got to be kidding? But she said that because popcorns have a unique smell, so everybody smelled and believed.

So what is the point? As I said before ferrets do smell. And to answer the question Do ferrets smell I explained the above story, two same ferrets but different odours. The thing is ferrets smell keeps on changing due to many factors like age, diet, health issues, environment, etc.

Why do ferrets smell?

Every beginner ferret owner has struggled with the same question Do ferrets smell. YES! They do smell. Now some people like the musky smell or scent, while others can hardly bear it and some can just survive through it.

Now, why do they release a scent, or why do they have a smell at all? Below I am going to describe all those factors.

The foul odour which the ferret has is due to his skin. Sometimes he smells more because of the excessive working of sebaceous glands. The excretion of the smell is also related to the sexual activity of the ferrets.

When they are in their mating season, they usually do stink more. So if you are a beginner and pondering: Do ferrets smell?, and have someone in your family that is insensitive toward odours. You may have to think about your choice because you have to take him outside for enough physical activity.

The process of neutering or spaying should be done immediately or sooner or later; you have to do this process. As long as the reproductive parts are there, they are going to stink as we know that male ferrets that are un-neutered have a powerful odour.

Neutering them not only takes the risks of developing non wanted pregnancies, but it will also lessen down the odour. The scent of male ferrets cannot take down entirely, but we can control the situation. Also, the process of neutering makes them less aggressive, as well. Similarly, the un-neutered female ferrets will remain in heat unless they are not neutered. So the question: Do ferrets smell? Is strongly related to the process of neutering overall.

How to get the stink out of your ferret?

We all know that even after taking out all the necessary procedures and solutions of the vet, the ferret still stinks. Therefore, it is strongly recommended to give them baths at least once daily. Avoid frequent bathing because excessive and rigorous bathing can extract all the oils from his skin. Removing their natural oil will make them produce even more oil which makes them a lot more stinky.

Also, remember that your ferret’s ear also releases the odour. Therefore they require proper cleaning of the ears as well. The cleaning of bedding regularly is also an essential thing to consider because they will have the maximum exposure to it.

Feed him the ideal diet, a one that is recommended by your professional vet. A high-quality cat meal is a perfect option. It contains all the necessary nutrients that your ferret requires.

You can also use scent neutralizers, to spray directly on the ferrets to get rid of the odour but use only that product which is recommended by your vet.

The question which almost all the beginner owners have in their mind. From the above discussion, you might have a more clear picture now. If the people tell you that they don’t stink that is not true.

When they release this scent, the predator feels very threatened. As being a close relative to the skunk, they employ the same defensive mechanism as they do. They also release the scents when they want to capture territory.

The sexuality of the ferret also answers this question Do ferrets smell. Because when the females are on the heat and the males also want to mate they release some sexual hormones which are also a major cause of the scent.

However, it should be noted that the smell can be controlled by their cage, proper cleaning, Hygienic bedding, and by appropriate diet.

So, in general, the question: Do ferrets smell? It does not hold only for the ferrets but also to other animals as well like cats and dogs. The thing is the ferrets are not as common as do the cats, and dogs and hence people are not used to them.

Yes, ferrets do smell, but they are not as bad such that you cannot bear it. However, some people can bear it easily while the others who are either allergic or insensitive to the smells have a hard time with them.

Do the ferrets smell worse than guinea pigs?

They don’t smell much worse than it or a hamster. Yes, they do have a scent which is for sure, but that does not mean that they are unbearable.

Do ferrets smell worse than rats?

It’s not true both the rats and ferrets have secretion, and they make stink sometimes. They both have sebaceous glands that produce secretions and oils that produce the scent.

Do ferrets smell after being descended?

The scent which you get from the glands is related to the hormone. Therefore spaying or neutering can lessen down the odour but will not completely reduce it. 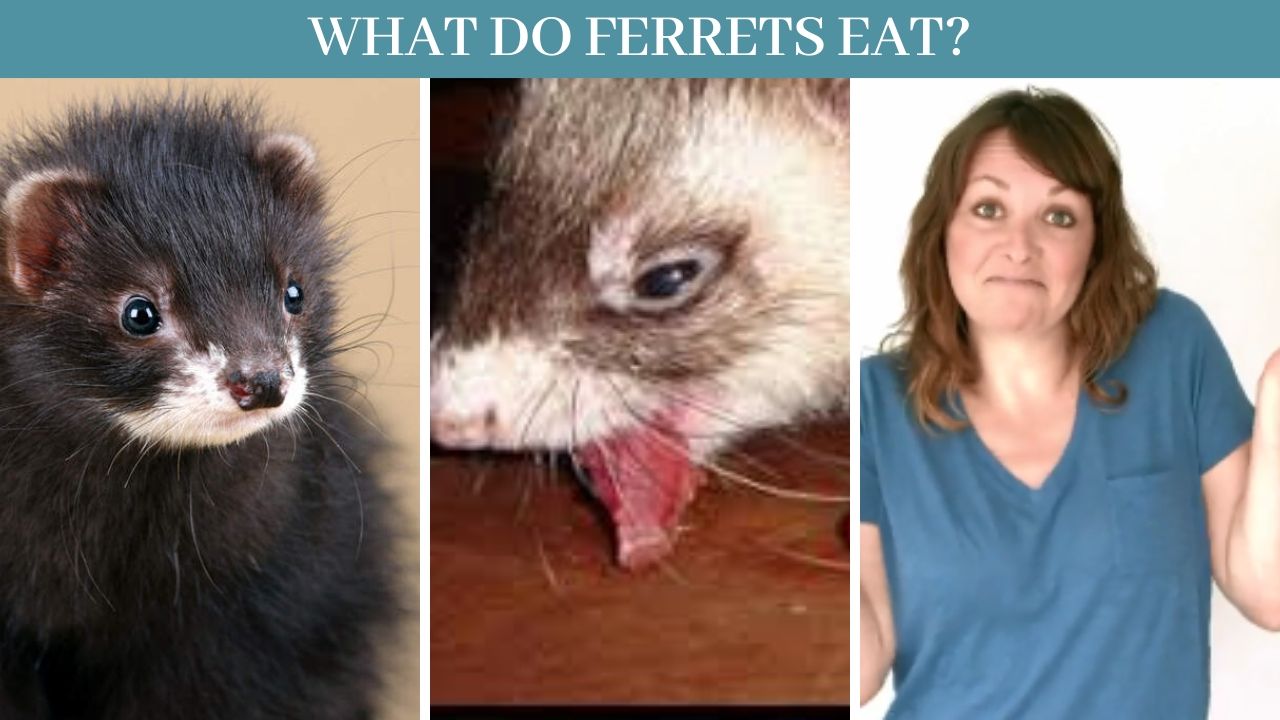 10 Best Food for Ferrets, What do ferrets eat? 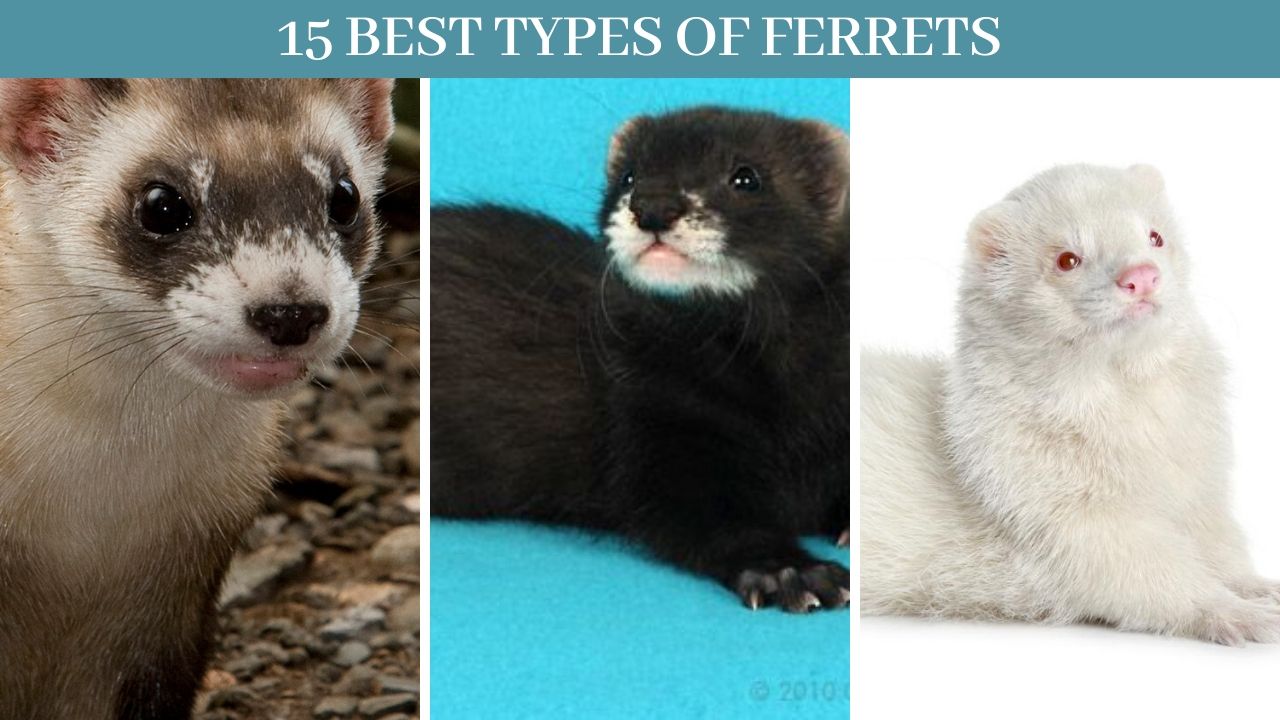