These penguins gather around in the form of huge colonies where they breed. After spending the winters, chinstraps have to return to their breeding or nesting sites; they do this around the beginning of October and november.

These penguins do not prefer to breed on ice, and hence their nesting sites are usually on rocky places of South sandwich islands, Antarctic, and Shetland islands.

The major diet of the chinstrap penguins like other penguins is “Krill”. Though they are present in large numbers, their major predator is “Leopard seal”.

Birds like giant petrels are also a threat on land to these penguin’s eggs. They use to steal penguin’s eggs, hence destroying their chicks.

Their name, therefore, depicts their morphology of having black chin very well. Despite their chin plumage, they also have neat rings surrounding each eye. Chinstrap penguins have black beaks and flippers.

The main predator of the Chinstrap penguins is the “Leopard seal”. When on land they are also main prey for skuas, giant petrels, and those birds that attack the penguins and chicks. When they moult their feathers, chinstrap penguins cannot go to the ocean and can’t hunt while swimming. They have to wait until their feathers regrow and they are capable of again diving into the oceans.

According to the ecologists, the worldwide population of the chinstrap penguins globally is more than fifteen million.

The largest population of the chinstrap penguins is present in the South Sandwich islands, having almost five million penguins.

In 1988, the species of Chinstrap penguins was declared of the least concern. According to the IUCN’s red list of threatened and endangered species, chinstrap penguin’s population is massive, and they have an enormous geographical range. Therefore, they are of least concerned and least threatened penguin species.

Chinstrap penguin is a famous penguin species that is found in the Southern Pacific and Antarctic ocean. Here are some nail-biting facts, which you may not know about Chinstrap penguins.

The diet of the Chinstrap penguins varies according to their habitats. Primarily they feed upon small aquatic and marine animals like fish, krill, squids, and some other soft-bodied or hard-bodied crustaceans like crabs etc.

Chinstrap penguins are habitual of finding food near the shore. Therefore they are usually seen on fragile ice or sometimes in the ocean as well.

They dive deep to forage for their prey, and they mainly find those food sources which are closer to their breeding colonies. Chinstrap penguins usually dip in the midnight and the afternoon. The dive can last for at least one minute and can be two hundred feet deep.

They have got their name due to the band which is present just beneath their chin. Chinstrap penguins appear as if they are wearing some sort of caps or helmets. Due to their remarkable identity, even a layperson can tell what species of penguin they belong to.

Chinstrap penguins live near sea-shores and are habitual of living in large colonies. They are usually present on massive vacant icebergs floating in the ocean. Chinstrap penguins despite their small size are the boldest penguins among all the penguins.

Chinstrap penguins like the other penguins have white inner parts while their backs and bills are black. A unique line from their back runs through each cheek right beneath their red eyes, forming a cap-like structure.

Chinstrap penguins to survive the cold of Antarctica and other polar regions have adapted themselves which include “moulting” and “breeding”. Like other penguins chinstrap penguin weight fluctuates, they become heaviest before the moulting season and they fast during the breeding period.

Despite this, chinstrap penguins have thick layers of fat and plumage which insulate them. It protects them from the ice and the harshness of low temperatures. Their plumage is in the form of densely packed feathers which make them almost waterproof. Beneath the plumage, they also have a thick layer of fat called “Blubber” which in addition to providing insulation, also serves as an energy source during fasting.

Chinstrap penguins also called “Beared penguins” belong to the order Sphenisciformes. The scientific name of this species is “Pygoscelis antarcticus”. Chinstrap penguins have a cap-like plumage running from their heads to the chin, and it makes them easily recognizable. They are mainly present in the Southern Pacific and Antarctic oceans.

stones and place them in circular positions to form a nest-like structure. The female then lays two eggs in a batch. Both parents; male and female, take the responsibility of egg-sitting. This process can take several days, and each partner has to stay on the egg for several days and then their shift changes.

The eggs hatch after thirty – seven days. After successfully hatching from the eggs, baby chinstrap penguins spend some more time in the nest. After developing a proper plumage mainly grey or black, the juveniles form groups called “Creche”.

The baby Chinstrap penguins are fully mature and grown after two months. After that, they are capable of heading on their voyage, and they are no more dependent upon their parents.

After hatching from the eggs, the juveniles take some time to develop their adult plumage. This process can take fifty to seventy days. After that, the minors take their first step into the ocean and are ready to hunt and live on their own. Chinstrap penguins are sexually mature when they reach the age of three and seven. Chinstrap penguins mainly live for fifteen to twenty years.

Where are chinstrap penguins found?

Do chinstrap penguins mate for life?

Most pairs of the Chinstrap penguins when mate it is for life because the couples continue to mate for years. According to the research, eighty-two percent of the chinstrap penguins pairs repeat the breeding process with the same mate.

Chinstrap penguins lay two eggs in a batch which hatches after thirty-seven days. Both male and female are not sexually dimorphic; therefore, one cannot identify their gender superficially.

What does the chinstrap penguin eat?

As Chinstrap penguins inhabit the polar and Antarctic areas which are near the ocean; Therefore, most of their diet is marine and aquatic. Chinstrap penguins rely on small marine animals like fish, krill and squids. Apart from this, they also eat soft-bodied and hard-bodied crustaceans. They also eat a shrimp-like animal which is readily available under the ice.

Is the Chinstrap penguin endangered?

According to the IUCN Red List of animal conservation, chinstrap penguins are of the least concern. These penguins inhabit vast geographical ranges and thrive in many countries and islands. Despite this, chinstrap penguins are the most abundant penguin species of all. Therefore, their numbers are satisfying, and hence they are not endangered. 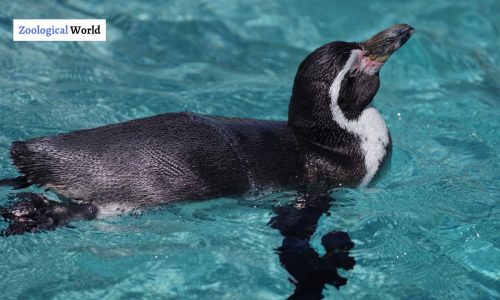 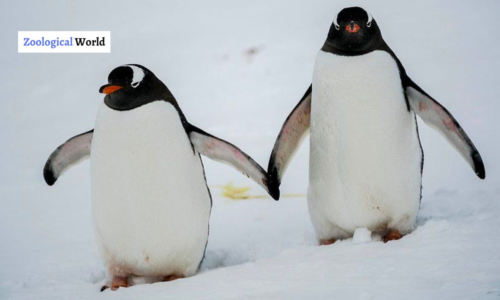 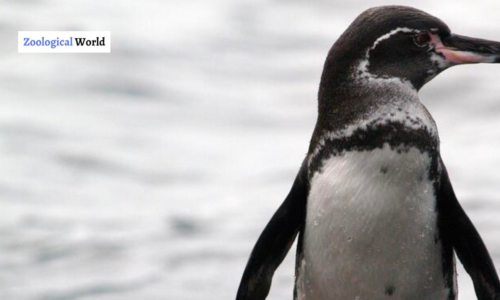 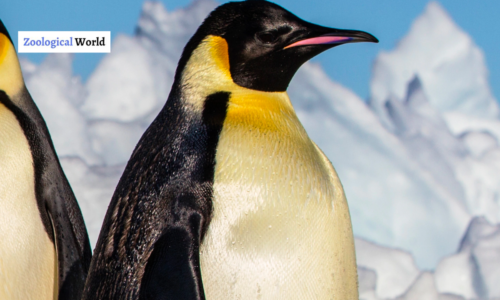