Cassowary (Cassowary casuarius) is a flightless bird, that means it cannot fly despite having wings or feathers. They are large birds, and are closely related to emus. However, the emus are slightly more in length than cassowary. In Australia, cassowary is at the top of heaviest birds. Globally, they stand on the second number of the list of heaviest birds, after their cousins ostrich. Ostrich is the heaviest bird in the world.

Researchers studied the eggshells of living birds like ostriches, turkeys etc to derive their relationship. Cassowary runs at a speed of thirty one miles per hour. Cassowaries are easy to breed and grow to an adult size.

The body of these birds is covered with a very dense layer of black feathers, these feathers are two-quilled and if you look at them from a distance, their feathers will resemble their hair. Cassowary feathers are in no way made for flight. Instead, their plumage protects them from their habitat. That is why they are known as a “Flightless bird.”

Cassowaries belong to the genus “Casuarius” and are retities, but unlike other ratites they only live in rainforests.that can be easily seen on guinea highlands or North guinea, and also on nearby islands. Cassowary is a flightless bird, and is also one of the heaviest birds after ostrich.

There are three major types of cassowaries:

As the name suggests, dwarf cassowaries are the smallest ones among the three species. It is also known as Bennett’s cassowary. These birds usually inhabit the mountainous regions of Yepen Island, Papua New Guinea, Northern Queensland, and New Britain. Though you may think that it is a small bird, it’s still a large and heavy bird, and they live in dense rainforest up to the heights of ten thousand eight hundred feet.

The dwarf cassowaries have an adult size, and weight ranging from seventeen to twenty-six kilograms. They have rigid black plumage, with a blue neck containing red patches, with a pink face. The headgear is not too big and is in a triangular shape. Similar to other cassowary species, they are also very dangerous and have dagger-like claws in their inner toe.

These birds feed on small insects, fruits fallen from the trees, and other small animals. The conservation status for these birds is “Endangered.” They are losing their places to live due to habitat destruction, and higher rates of illegal hunting.

The northern cassowary is habitual to North guinea, Northern Queensland, and Northeastern Australia. It is a giant, heavily-weighted bird, unable to fly, and single wattled cassowary. Northern cassowaries do not live on too much height. They have a blue face, with black-stiff feathers, headgear/casque, and a wattle of red or yellow color.

Cassowaries are solitary birds, and they feed mainly on fruits and insects. Among northern cassowaries, females are polygamous while males have the responsibility for nurturing the young ones in rock shelters. Like other cassowaries, it is also a dangerous bird.

The potential threat to these cassowaries is hunting, habitat loss that is why their population is rapidly decreasing. The people hunt them for their casque and bones. On the other hand, their eggs and chicks are captured for food purposes.

Southern cassowaries are mainly present in Indonesia, Australia, Northern Queensland, and Papua New Guinea islands. These are large flightless birds that tend to live at lower elevations. This is the largest cassowary species among all three species. Southern cassowary is a double wattled cassowary with blue face, two wattles, and a hard black plumage.

They only mate in the breeding season, else they do not like to interact even with their own species. Southern cassowaries can kill small animals, dogs, domestic animals, and can hurt humans if they are enraged. That is why it is known as the world’s most dangerous bird. Their scientific name refers to “Southern Cassowary Casuarius.”

This casque consists of a sponge-like material and a thick layer of protein called “Keratin” encapsulates it. Though the casque looks very firm but it can be easily squeezed from the middle. There is no main reason why cassowaries have a casque. Maybe, it’s there to protect the bird’s head from the shocks of the trees while passing through the dense forest underbrush.

The casque also helps them like other species of birds in producing sounds. The southern cassowary and the dwarf cassowary produce very low frequency sounds like booms. These booms help them in communicating in the dense rainforest.

Female cassowaries have bigger casques than the males. Besides, booms cassowaries also produce whistles, and they rumble whenever they feel a threat. According to the biologists, the rumble they produce is so powerful but low that they can actually feel it within their bones.

As cassowary thrives in rainforests and wetlands, therefore their diet is much specific. Rainforests yields multiple types of fruit every year. Cassowaries are termed as “Frugivores,” because they only eat fallen fruit from the trees.

The digestive tract of these birds is not so complex like humans, and that is why they defecate much sooner than other animals. This is one the reason that their droppings contain undigested fruit seeds. One amazing fact is that their droplets containing seeds are so big that any other animal is unable to swallow them.

According to one research, seeds from a very rare Australian rainforest tree, known as Ryparosa sp. grow much better when they are plates after passing through the cassowary’s digestive tract. Similarly, there are several fruit plants that need to be digested through a cassowary’s tract in order to sprout.

Cassowary is a large flightless bird and does not like to live in groups or communities. Instead, they tend to live alone in their selected boundaries. They are also aggressive. If one male cassowary comes in contact with the other one, they stretch themselves, fluff up their feathers, and roar at each other. They continue to do unless one of them takes a decision, and leaves.

Breeding season for the cassowaries begin when their is maximum fruit in the forests, and that is the time from June to October. As soon as the breeding season begins, formerly solitary females allow males to approach them, and become more tolerable with each other.

The male cassowary roams around the female in circles, and approaches her making low-pitched beams. If the female is impressed by the male, they mate. Both of them stay together for a couple of weeks to the point where the female becomes capable of laying and harvesting cassowary eggs.

Once the female lays three to five eggs, she is no more related to the male or the chicks. She leaves the male for incubation of the eggs. Afterwards, it is the responsibility of the male to take care of the eggs, and young birds. Female lays one to three eggs per clutch.

Like the Emu, female cassowaries may move to another bachelor cassowary to breed and produce a new clutch, and lay eggs. Dogs are one of the biggest threats to the young cassowaries.

According to the studies, the cassowary embryos have fully formed limbs, beaks, claws, and plumage. People living at two rock shelter sites are also found harvesting eggs, and collecting eggs of cassowaries because of their endangered situation.

Early humans used to collect cassowary’s eggs in order to hatch them and then they used to raise them to adult size. Cassowary’s eggs look much similar to the ostrich eggs.

Cassowary is the world’s most dangerous bird. Their claws are extremely lethal and deadly. They have a three-toed claw which is similar to a dagger, and the inner toe is four inches long. Cassowaries have the ability to actually open up their predators with just a single swift kick.

They can slice up their predators with their dagger-like inner toe. Cassowaries have tremendously powerful legs that aid them to run at thirty-one miles per hour in the dense underbrush of the rainforests.

Cassowaries are also very good at climbing and jumping. They can jump straight into the air up to the height of seven feet. They also have swimming capabilities like no other bird. So, that is why they can easily escape from predators and threats.

People often spot them crossing roads while travelling through a rainforest. Do not try to feed cassowaries as they are extremely aggressive and territorial. Some indigenous people even use their feathers for ceremonial and ritual purposes.

What is a cassowary?

Cassowaries are huge, flightless birds and are close relatives of emus. There are a total of three species of cassowaries present globally. All of the three species have dense black plumage. Only one of them is double wattled. The cassowaries have blue faces, and necks, and they are dangerous birds towards humans.

Where do cassowaries live?

Cassowaries generally live in dense rainforests, and tropical forests of North Guinea, Southeastern Australia, Melaluca. Their habitat includes swamps, forest woodlands in Mangrove, and can also be found on islands. The reason for this diverse habitat is their diet as they have to feed on juicy fleshy fruits.

What does a cassowary eat?

Cassowary is a complex species normally found in New guinea highlands. They munch upon the fruits, insects, and other small animals. They use their dagger-like claws present on the inner toe to dig the leaf litter for finding the fallen fruit. 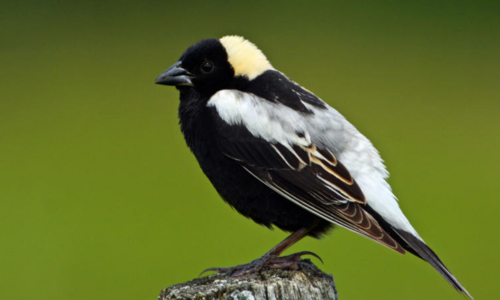 Bobolink Bird Overview, All About Birds 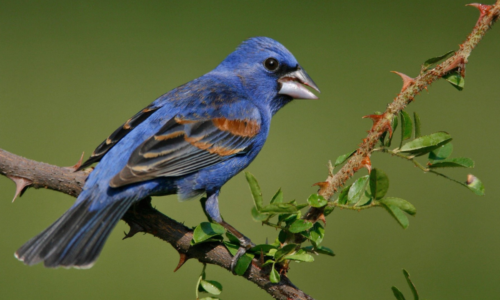 Get to Know Gorgeous Blue Grosbeak 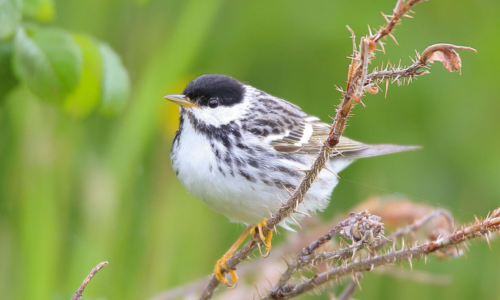