Today, we’ll be discussing one of the most popular snakes in the pet trade, the ball python. This versatile snake is perfect for both first-time and experienced snake owners alike. We’ll cover everything from their natural history to how to care for them in captivity. So, whether you’re just curious about these intriguing creatures or are thinking about adding a ball python to your family, keep reading!

Ball pythons are found in Africa and are one of the most popular snakes in the pet trade. They get their name from their habit of curling up into a ball when they feel threatened. Ball pythons typically grow to be 3-5 feet long, although some individuals can reach lengths of 6-7 feet. They live an average of 20-30 years in captivity, but can live longer if given proper care.

Ball pythons are generally docile creatures that make great pets, but they can be aggressive if they feel threatened. When choosing a ball python as a pet, it is important to select an animal that has been captive-bred, as these snakes are more accustomed to human interaction and are less likely to be aggressive.

Where To Find the Ball Python

The ball python is a popular pet snake, and as a result, they are widely available. They can be found in pet stores, reptile shows, and from online breeders. When choosing a ball python, it is important to select a healthy animal from a reputable source. This will ensure that the snake is properly cared for and does not have any health problems. Ball pythons are also sometimes found in the wild, but it is best to avoid these animals as they may be carrying diseases. If you do decide to purchase a ball python from the wild, be sure to take it to a veterinarian for a check-up before bringing it home.

The Ball Python is a non-venomous snake that is native to Africa. It is one of the most popular snakes in the pet trade, and its popularity has resulted in a booming captive population. In fact, it is estimated that there are now more Ball Pythons in captivity than there are in the wild. While this may seem like good news for the species, the reality is that the captive population is putting a strain on wild populations.

Ball Pythons are often collected from the wild to meet the demand of the pet trade, and this collecting can have a negative impact on local ecosystems. In addition, captive Ball Pythons often escape or are released into the wild, where they can compete with native wildlife for food and resources. As a result, it is important to be thoughtful about supporting the Ball Python population in captivity. Adopting from a reputable breeder and providing proper care for your python are just some of the ways you can help to ensure the long-term sustainability of this species.

They are known for their beautiful patterns and colors, and they are popular pets in many parts of the world. Despite their popularity, little is known about the ball python population in the wild. Scientists believe that there are three main subpopulations of ball pythons, which are found in different parts of Africa.

Are ball pythons venomous? The answer is no, ball pythons are not venomous. Although they are a type of snake, they do not have the ability to produce venom. Venomous snakes have special glands that produce venom, which they use to kill prey or defend themselves from predators. Ball pythons, on the other hand, kill their prey by constriction. They wrap their bodies around their prey tightly, cutting off its ability to breathe. While ball pythons are not dangerous to humans, they can still deliver a painful bite if they feel threatened. For this reason, it is best to leave these snakes alone and admire them from a distance.

Are ball pythons aggressive? This is a question that we get asked a lot, and it’s a difficult one to answer. While they are not typically aggressive snakes, there are always exceptions to the rule. Some individual ball pythons may be more prone to aggression than others, and this can often be difficult to predict. In general, however, ball pythons are not anaggressive species. If you are considering getting a ball python, be sure to do your research and find a reputable breeder or pet store. With proper care and handling, your new pet snake should be a docile and friendly companion.

Where do ball pythons live?

Ball pythons are a type of snake that is native to Africa. They typically live in grasslands, savannas, and dense forests.Ball pythons are nocturnal animals, and they spend most of their time hiding in burrows or trees. During the day, they often bask in the sun to regulate their body temperature. Ball pythons typically prey on small mammals, such as rodents or lizards. They are constrictors, meaning that they kill their prey by wrapping their bodies around them and squeezing them until they suffocate. Ball pythons are popular pets because they are relatively docile and easy to care for.

What do ball pythons eat?

Ball pythons are a popular choice for pets, due to their small size and docile nature. These snakes are native to Africa, where they typically live in grasslands or forests. In the wild, their diet consists primarily of small rodents, such as mice or rats. However, when kept as pets, they can be fed a variety of different foods.

While live prey is still the best option, frozen or thawed mice can also be offered. In addition, some pet owners choose to feed their ball pythons commercially-prepared snake food, which is available in most pet stores. Regardless of what you feed your ball python, it is important to ensure that the food items are small enough to be easily swallowed. These snakes have very narrow jaws, so feeding them large prey can be dangerous. By following these guidelines, you can ensure that your ball python stays healthy and happy. 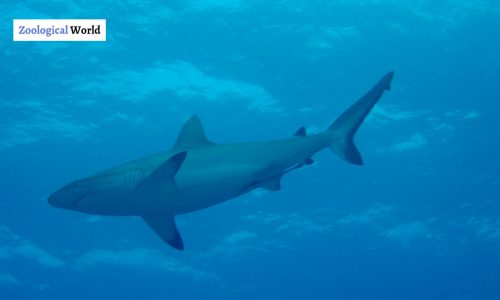